How can 5G benefit my company?

De-risk your investments and secure your fifth generation mobile network.

A new global standard for wireless communication. 5G is a critical building block for safer transportation, more personalized retail, improved health care outcomes, and other innovations in business and services.

The widespread adoption of 5G will jumpstart a fourth industrial revolution by connecting existing technology to super-high-speed smart connectivity, with the potential to create millions of jobs.

The Indiana 5G lab  is the first to demonstrate Quantum-safe Encryption as a Service (QEaaS), which protects and tracks Internet of Things (IoT) data as it moves across 5G infrastructure. Quantum-safe encryption ensures that data can be kept safe from existing data exfiltration as well as future quantum computing attacks.

The Indiana 5G lab will offer Quantum-safe Encryption as a Service (QEaaS) to academic and commercial 5G networks across the country.

The Internet of Things (IoT) encompasses any and all devices that are able to “talk” to one another via the Internet or private communications networks. 5G will exponentially increase reliance on IoT devices due to its faster speeds, greater reliability, and ability to simultaneously sustain more devices online.

The use of IoT technology increases security risks. Every access point is vulnerable. If a smart city is hacked, the risks include power blackouts, privacy leaks, and intellectual property theft.

IN5GZ’s extension of Quantum-safe Encryption as a Service (QEaaS) to 5G networks and smart cities will allow potential targets in the public and private sectors to locate their data, keep their data safe and control access remotely.

IN5GZ is a practical 5G lab, offering services and solutions that help businesses innovate and grow. Membership to the Lab allows you to take advantage of the many services we offer.

These fully functional cellular technology facilities help to bring solutions out of R&D for testing as an early real-world deployment, and can be used to grow market opportunities by showcasing new applications.

The IN5GZ will assist from start to finish with 5G projects, whether that include research for academia or creating a product to bring to market in the future.

The lab’s state of the art technology allows unlimited R&D opportunities for research and commercialization.

Membership includes access to our in-house experts who can answer questions and provide support in the lab. 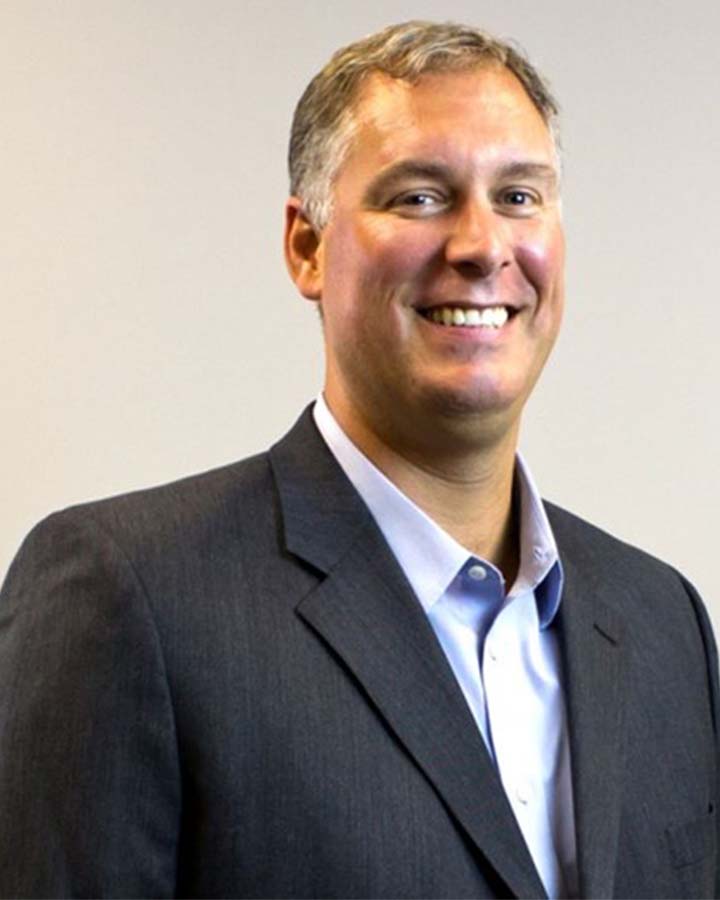 Mr. Hendrix is the NTI Chief Technology Officer and Managing Director of the Indiana 5G Zone. As a senior technology and management professional, he specializes in new product introduction. Mr. Hendrix has been highly successful in the start-up of new technical organizations with the purpose of engineering, developing, and launching new products for production. Mr. Hendrix has led a variety of teams and organizations spanning Systems Engineering, CV2X Networks/Protocols, Embedded Hardware Development, and Program Management. He was also the Executive Director of Engineering for A123 Systems and held leadership roles with Toyota, Delphi, and Cummins. 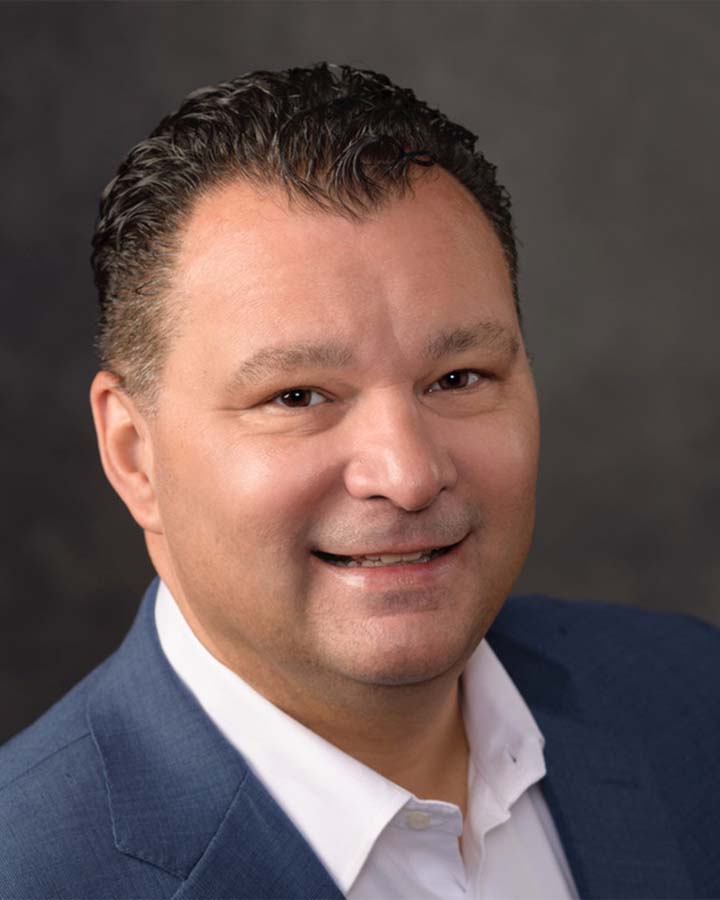 Dr. Pick is the NTI Chief Strategy Officer, leading the organization across 5G, Hypersonics, Innovation Services, Emerging Manufacturing, and other technology priorities. He was Director of the National Security and Defense Program Office for the Purdue Research Foundation in the National Capital Region, supporting the Department of Defense, Intelligence community and Interagency work.  He served as Senior Research Fellow at the National Defense University, Center for Technology and National Security Policy, and founded and served as Associate Director for the Mississippi State University Center for Cyber Innovation and the Center for Battlefield Innovation. He is a retired, service disabled, combat veteran who served as a U.S. Navy Special Operations Officer and senior DoD government civilian. 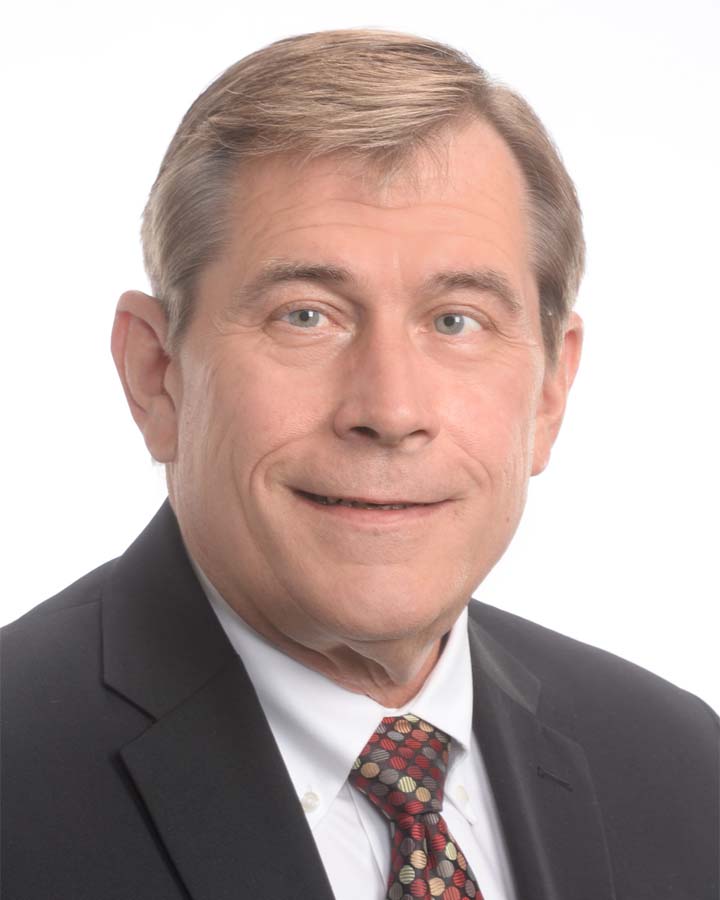 Mark is a seasoned financial professional, who brings many years of experience to his position at NineTwelve as Chief Financial Officer. Mark has held financial management leadership positions at the Purdue Research Foundation and served as Chief Financial Officer at the Indiana Economic Development Corporation, where he honorably served under three governors of the State of Indiana. His expertise, especially in Audit Management, supports the private sector across technology and manufacturing industries. Some of his clients included Rolls Royce, Allison Transmission, Eli Lilly, General Mills, Milwaukee Electric Tool, Oshkosh Trucking, Rockwell Automation, and SBC (now AT&T). 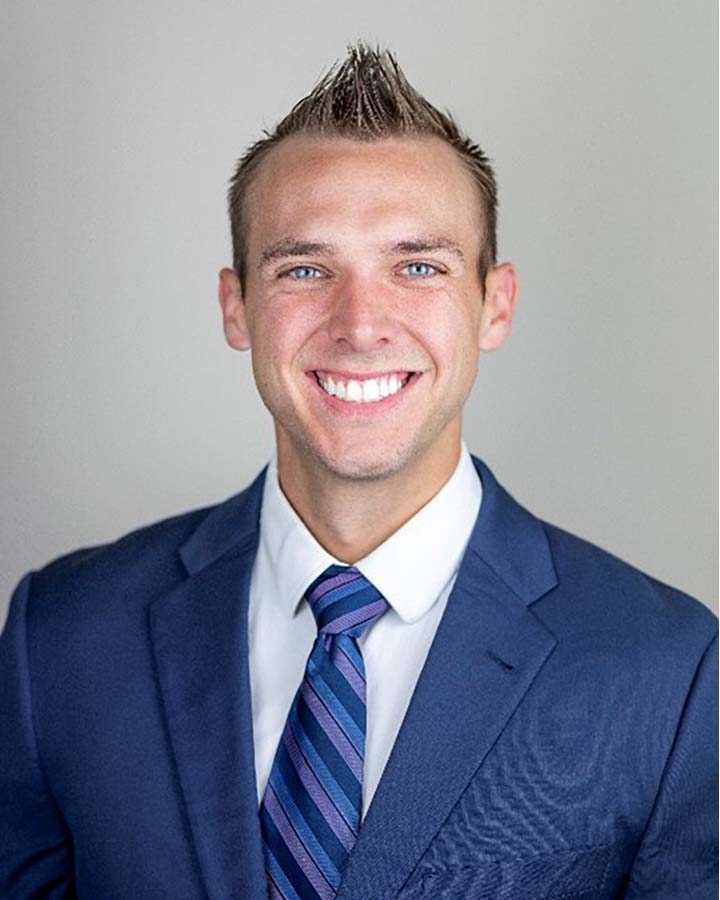 Mr. Bilyeu, the Associate Director for NTI, assists member companies in the Indiana 5G Zone and other NTI innovation facilities in emergent technologies, with an emphasis on 5G and its applications for smart cities, integrated systems, cybersecurity, and transportation. He also provides practical hands-on mentoring and support services to Indiana 5G Zone members in related workforce development programs located at the lab. Prior to NTI, Mr. Bilyeu was a successful entrepreneur with expertise in tactical business strategies and sales.   Mr. Bilyeu holds a Bachelor’s Degree and Master’s Degree in Aeronautical and Astronautical Engineering from Purdue University, where he specialized in propulsion and aerodynamics, minoring in Nuclear Engineering. 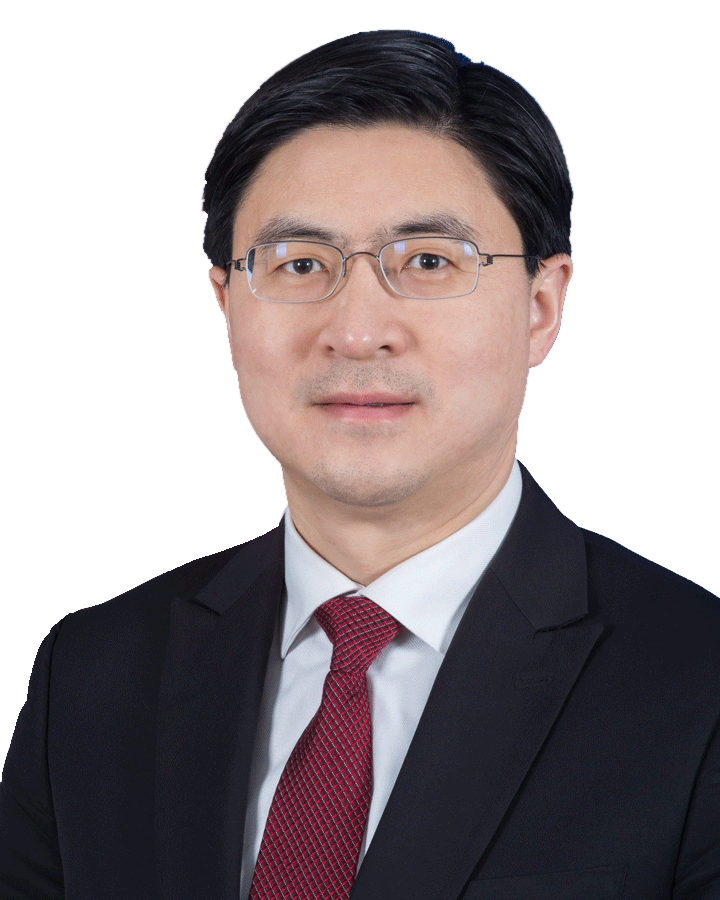 Dr. Chiang received his B.S. (Honors), M.S. and Ph.D. from Stanford University in 1999, 2000, and 2003 respectively. Prior to coming to Purdue he was the Arthur LeGrand Doty Professor of Electrical Engineering at Princeton University. He also served as Director of Keller Center for Innovations in Engineering and was the inaugural Chairman of Princeton Entrepreneurship Council.

His research on networking received the 2013 Alan T. Waterman Award, the highest honor to US young scientists and engineers. His textbook “Networked Life” and online course reached 250,000 students since 2012, and the popular science book “The Power of Networks” was published in 2016. He founded the Princeton EDGE Lab in 2009, which bridges the theory-practice gap in edge networking research by spanning from proofs to prototypes. He co-founded startups in mobile, IoT and big data areas, and co-founded the global nonprofit Open Fog Consortium. 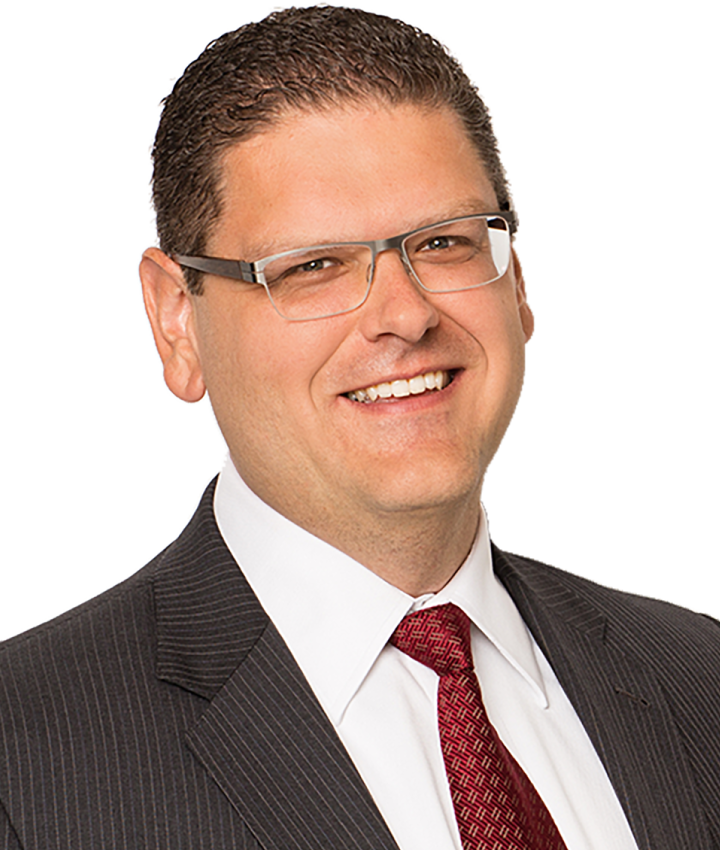 David Roberts serves as the Chief Innovation Officer of the State of Indiana at the Indiana Economic Development Corporation (IEDC).  He previously served as President of the Battery Innovation Center, a public-private partnership working with diverse organizations to develop next generation energy storage technologies.  He also held a variety of roles, including CEO of EnerDel, legal counsel for Caterpillar, engineer with Lockheed Martin, board member of various domestic and international organizations, and is a patent & business attorney with Gutwein Law.

David was an honors student at the Indiana University Robert H. McKinney School of Law, where he served on the Indiana Law Review. Prior to law school he received his Bachelor’s degree in Materials Science & Engineering from Lehigh University. He is currently licensed to practice in Indiana, Illinois, Missouri and before the U.S. Patent and Trademark Office. In addition, David was sought out by a premiere energy industry publication for a feature article on his impressions of the energy industry, leading to their designation as “The Energy Attorney” by Batteries International. 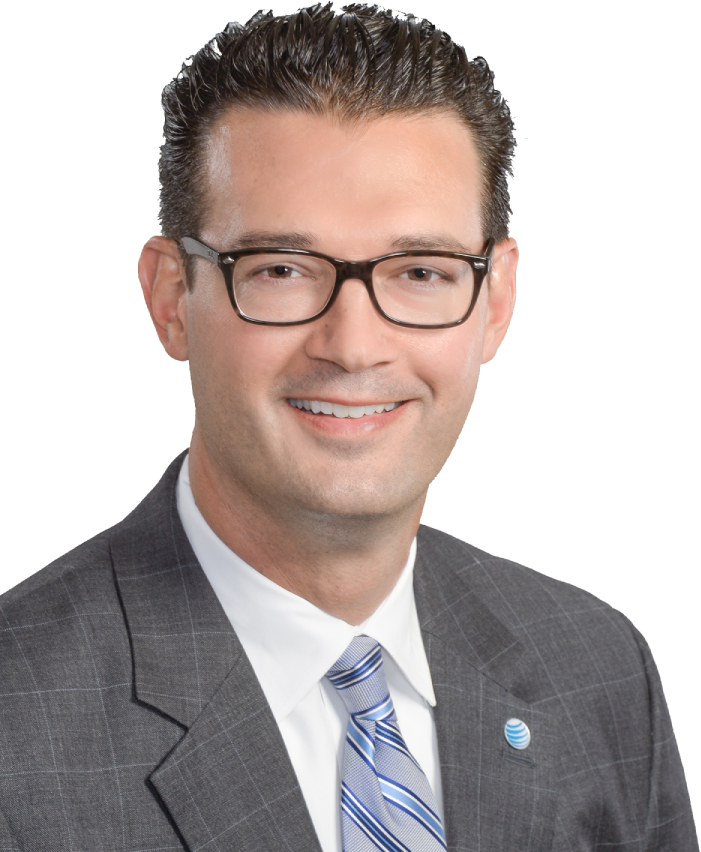 Bill Soards was named president of AT&T Indiana in October 2013. As president, Bill is responsible for external affairs in the state, which includes state and local government relations, community affairs, regulatory and legislative activities, and initiatives before the Indiana General Assembly and the Indiana Utility Regulatory Commission.

Bill began his career in public policy as a partner in an Indianapolis-based association management and government relations firm. In 2000, he joined AT&T (then Ameritech) as director of Government Relations. In 2006, Bill helped lead the effort to pass the Indiana Telecom Reform Act, which de-regulated the telecommunications industry and continues to attract jobs and investments to Indiana today.

In 2007, Bill worked in Chicago, Illinois, as assistant vice president of public affairs for the AT&T Midwest region. Coordinating policy campaigns and managing research, messaging, third parties and foundation activities in five states were among his chief responsibilities. In April 2009, Bill was named president of AT&T Colorado, a position he held until he returned to the Hoosier State in 2013.

In addition to his passion for technology, public service has always been a part of Bill’s life. His father, the late Bill Soards, Sr., served 20 years in the Indiana General Assembly before retiring. The younger Soards was elected and served nine years in local government as a member of the Indianapolis City-County and Boone County Councils.

Bill holds a B.S. degree with honors in telecommunications from Butler University in Indianapolis. In 2004, the university honored Bill with both the 50 Under 50 Top Alumni Award and the Hilton U. Brown Alumni Achievement Award. Bill studied abroad at The University of Westminster in London, England, focusing on political science and playing on the school’s basketball team.

Bill and his wife Ann live in Zionsville with their two daughters, Katelyn and Allison. 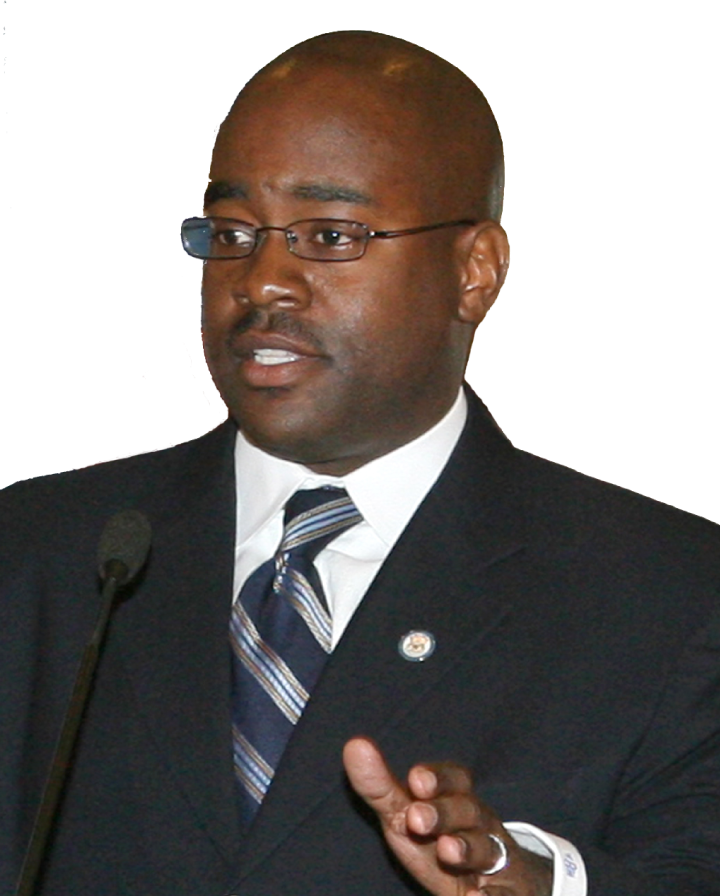 Tupac A. Hunter is responsible for local government affairs and community engagement at Verizon covering both Michigan and Indiana. Prior to joining Verizon, he has held various positions in the public sector, most recently having served in the administration of the Wayne County Executive for nearly 4 years where he focused on intergovernmental relations, community engagement, and economic development. Before that, Tupac was an elected member of the Michigan Legislature for 12 years including 4 years in the House of Representatives followed by 8 years in the Senate. During his tenure, he was the primary sponsor of 27 Public Acts and 1 Constitutional Amendment all with overwhelming bi-partisan support. In addition, he served in several leadership positions of increasing responsibility including House Minority Whip, Senate Assistant Minority Leader, and Senate Minority Floor Leader.   He holds a Bachelor of Arts Degree in Urban Studies from Morehouse College in Atlanta, Georgia and a Master of Public Administration degree from Oakland University in Rochester, Michigan. 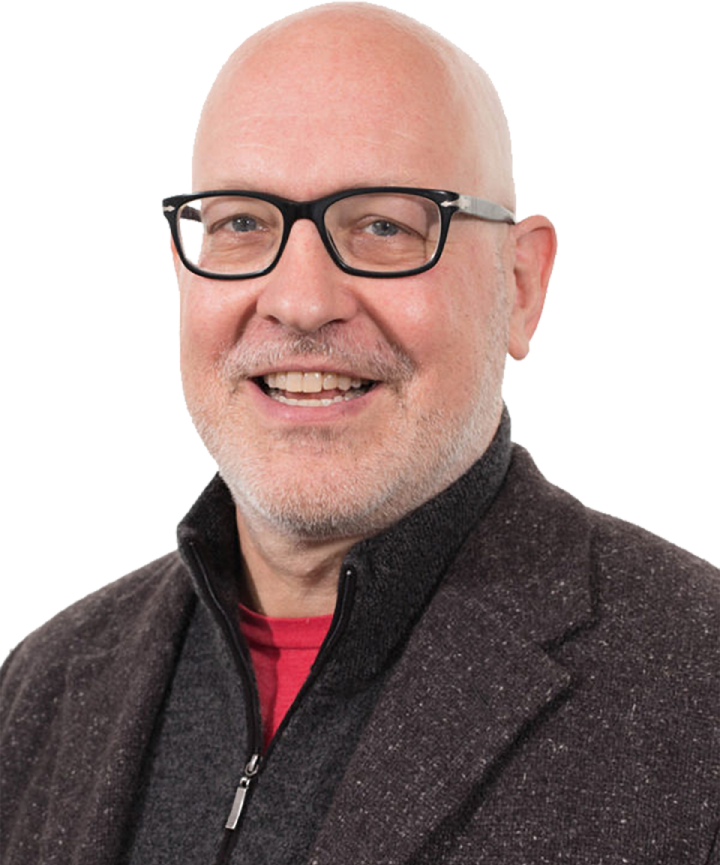 Scott Jones is a veteran of early-stage entrepreneurship, a prolific inventor with over 50 patents, an innovative strategist, and a successful venture capitalist. Scott co-founded Boston Technology, the world’s largest voicemail company that grew to over 2.5B subscribers, as well as ChaCha, MOG, Gracenote, and many more. He founded Eleven Fifty Academy to transform lives and pay it forward. 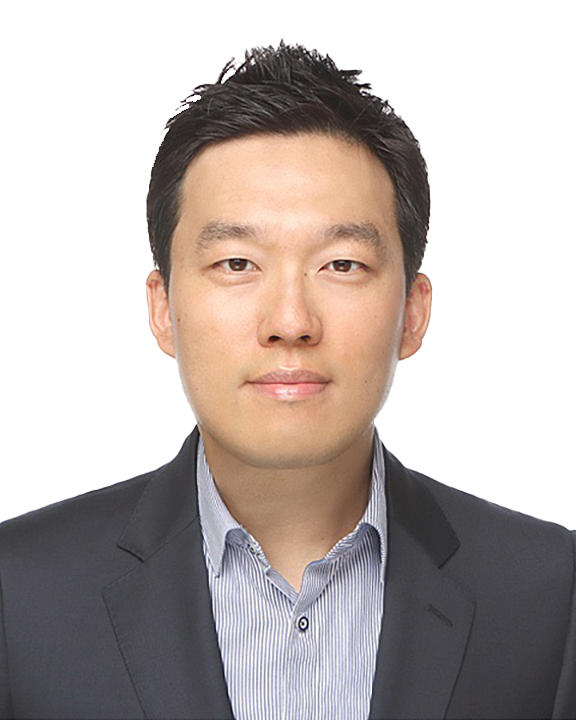 Dr. Kim received his B.S. degree in electrical engineering from Korea Advanced Institute of Science and Technology, Korea, in 2001 and his M.S. and Ph.D. degrees in electrical and computer engineering from Cornell University in 2006 and 2008, respectively. He is Research Assistant Professor of ECE at Purdue University and Executive Technology Advisor at Purdue Research Foundation. Prior to coming to Purdue, he was Principal Engineer and Senior Research Staff Member at Samsung Electronics and Samsung Advanced Institute of Technology, respectively.

His research interests are wireless communications, information and coding theory, signal processing, interference management, large-scale distributed computing, edge networking and computing, and machine learning in the realms of wireless system design. He co-authored the book 5G System Design – Architectural and Functional Considerations and Long Term Research (Wiley 2018). He is a recipient of the 2014 Samsung CEO Award of Honor at Technical Division and the 2016 Samsung Best Paper Award (Gold Prize) at Communication and Network Division.